What Will People Think? The Problem with Living for Public Perception 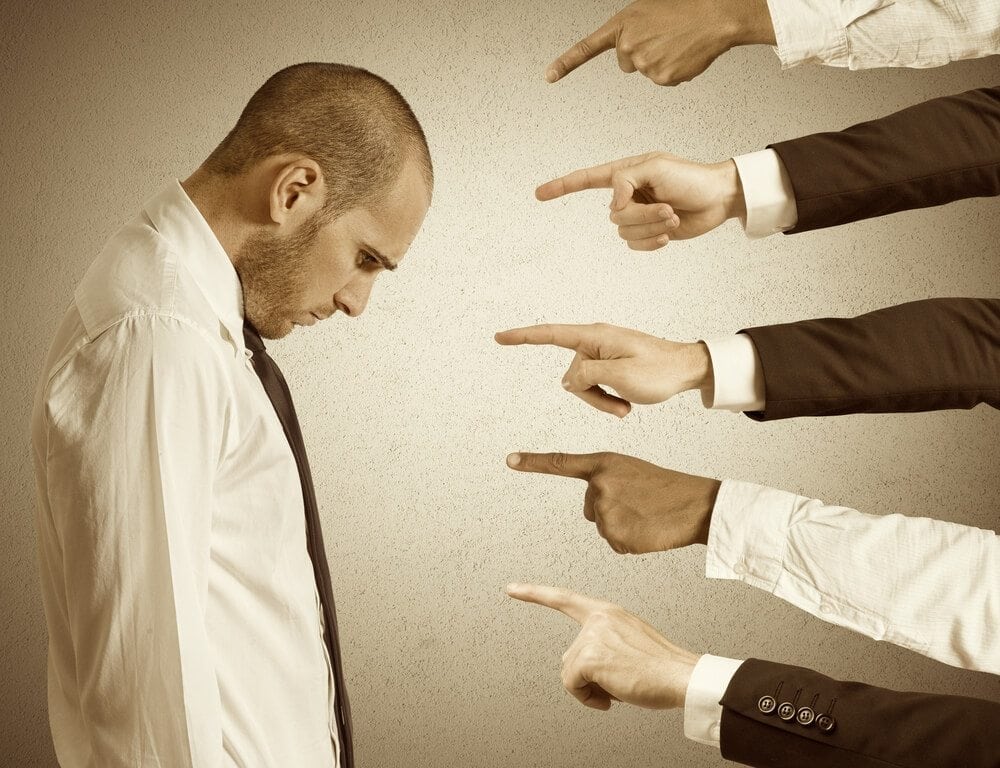 By Romal Tune, author of the forthcoming book “Love is An Inside Job: Getting Vulnerable with God”

A recent conversation with a friend that I had not seen in awhile went something like this:

Friend: Hey Romal, It’s been a long time. Congratulations on your next book. I follow you on social media and from the looks of things you seems happy in all of your photos.

Friend: Ha! That’s great, so glad your appearance of happiness is legit!

To be honest, about five years ago I was going through a really tough time but wanted to convey a message through the social media world that I was happy. I wanted the people who knew the challenges I was facing and followed me on Instagram and Facebook to see that I was not hurt by the difficulties in my life – but in reality I was. I was down right miserable, yet I still smiled for the cameras and pretended that life was okay. Back then I was so unhappy that I resented people who shared their successes, vacations, celebrations, etc.,  that I went as far as unfriending them. What is funny is that they very well could have been like me, social media happy, but not real life happy. My insecurities and personal struggles would not allow me to celebrate someone else’s success. In hindsight, another perspective I could have had during my low moments would have been to see the victories of others as a sign of hope or motivation that life can and will get better. That would have been the emotionally healthy and positive approach to take, but instead I continued to play the game and put on the façade of Facebook happy at the same time scrolling and resenting the pictures and messages posted by others.

I am pretty sure I am not the only person who has pretended to put on this appearance of truly enjoying life knowing that it was actually a cover up for sadness, disappointment, or uncertainty about what the future holds. Like me, others have gathered their composure, taken a deep breath and smiled for the camera – pretending to be happy in the outside but empty on the inside.

Why do we do this? Why do we pretend? Why are we so compelled to present a false reality? “Fake it until you make it,” may work well when pursuing a career but it is a terrible way to deal with your emotions and your life. It does not allow you to have the normal and natural human experience of allowing yourself to feel what you need to feel, be patient with yourself without judgment, and go through the process of finding balance again. Pretending only prolongs the process – dulling the pain of disappointments with distractions does not exempt any of us from having to eventually deal with the source of problem.

– Pretending only prolongs the process – dulling the pain of discouragement with distractions does not exempt any of us from having to eventually deal with the source of problem. –

So why do we fake it and pretend to be Facebook happy as if true happiness is somehow elusive or unrealistic? I think we do it because we have been conditioned to believe that public perception is more important than the truth. Now I am not suggesting that you get on social media and tell the world your problems. I think most of us cringe when we see that happen. It is social media not personal life media. Some things are better off not making way there onto the Internet for everyone to see. What I am suggesting is that for some reason what other people think of us has become more important that what we actually think of ourselves. It is as if we somehow believe that if people like me, then I will like myself more – and as a result we literally count the number of people who clicked “like” and get caught in our feelings; if the world thinks I am happy maybe one day I will actually be happy.

– What is the value in pretending to be happy when you can genuinely be happy? –

Five years ago, I was officially burnt out from putting on the façade and pretending for the sake of public perception. The problem was that I was so conditioned to live my life based on what I wanted other people to think that I did not know how to stop myself. I went to dinners that I really did not want to attend because of what other people would think if I did not show up. I went to meetings for so called “important leaders” because of what I wanted other people to think. I said yes to things I did not want to do  and to people I did not like out of fear of shaming, meanwhile feeling  guilty because deep down I knew I wanted to say no, yet I did it anyways. I was more concerned with what other people would think than of what I would think of myself. I was a professional people pleaser who specialized in the art of public perception.

I was miserable, depressed actually, and wanted out but I needed help so I called my therapist. Therapy has been AMAZING. It has helped me sort through all kinds of foolishness, life-limiting beliefs and decisions.

Read More in My Forthcoming Book

I can honestly say that today I am truly happy, genuinely happy, even unapologetically happy with my life. It does not mean that there are not moments of difficulty or that there are not disappointments, it just means that I have a healthier perspective about who I desire to be in the world, focusing on meaning, and expressing daily gratitude. So let me share a few things with you that I have learned along the way and now use as tools to help others when facilitating workshops. Recently, I shared a talk at the Social Capital Markets Conference or SOCAP17. Here are some of questions and ideas I put forth that I want to share you. I hope that you will find time to reflect and honestly answer these questions for yourself.

Moving from perception to purpose:

What is the value in sacrificing your truth on the altar of public perception in order to have people think something about you that is not even true?

– The greatest form of betrayal is self-betrayal –

One of the best lessons I learned from my therapist, Warren, is that “the greatest form of betrayal is self-betrayal.”

I am not suggesting that you should not care what other people think. That’s not the point. I remember watching a video one day where Brené Brown said that she carries a one-inch by one-inch slip of paper with the names of every person in her life whose opinion actually matters. I followed her example and did the same thing. I have thousands of social media friends but there are only eight people on my one-inch by one-inch slip of paper whose opinions actually matter to me.

– Stop living like a character trapped in someone else’s play and letting public perception choreograph your decisions. It is your life, you get you write the script and play the lead. –

What I am suggesting is that perhaps like me, you need to take full ownership of your life and stop living like a character trapped in someone else’s play, letting public perception choreograph your decisions. It is your life, you get to write the script and play the lead. There is a saying “you only live once.” It is not true. As I learned from my friend Shaun, “you only die once, you live everyday.” I will leave you with this fact: You are already AMAZING. You do not have to prove that and you do not have to pretend, you just have to believe it and live like it.